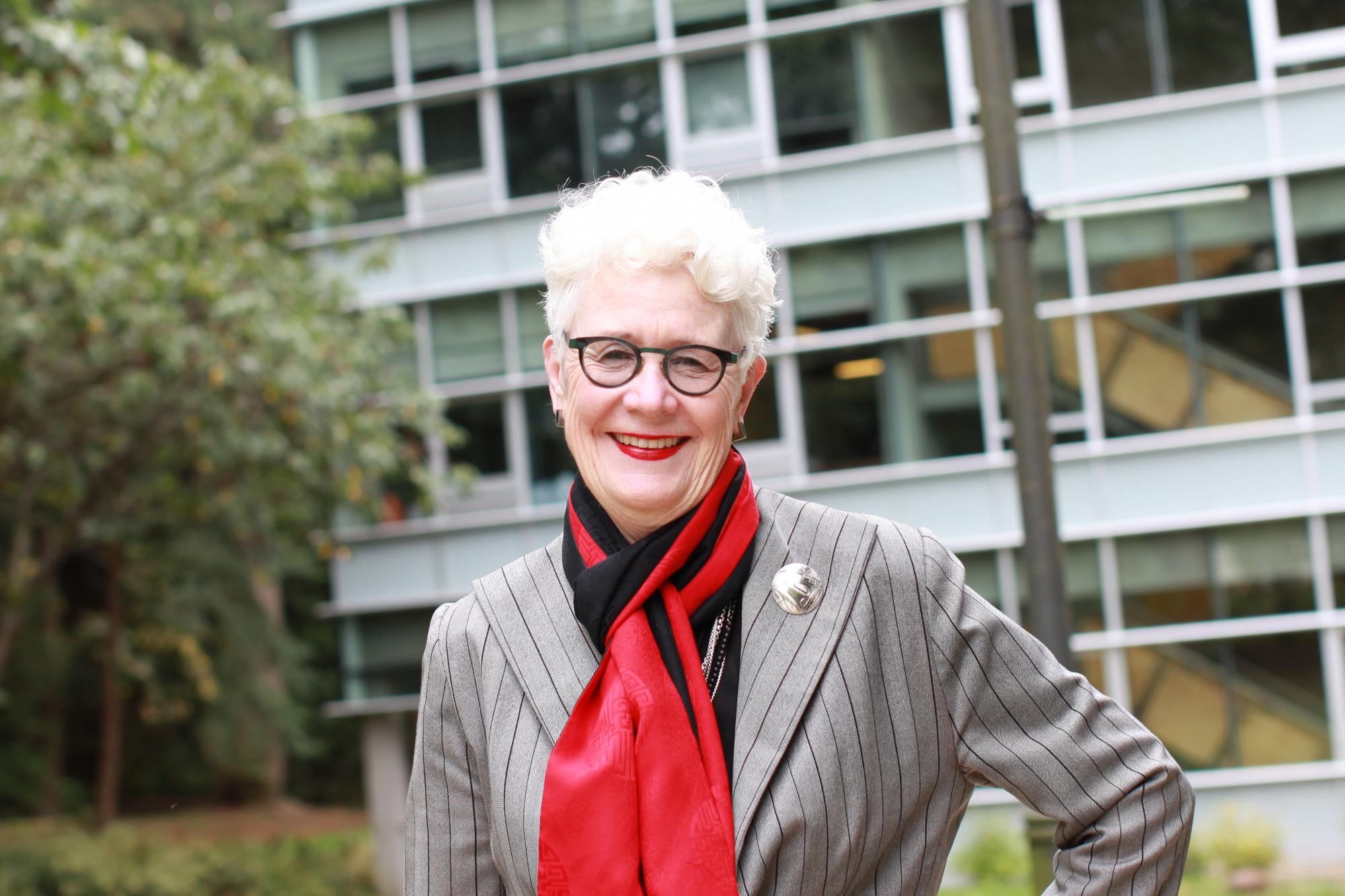 It is my pleasure to announce that the Board of Governors has accepted the President’s recommendation to appoint Professor Moura Quayle as Vice-Provost and Associate Vice-President Academic Affairs for a five-year term commencing on August 1, 2020.

Moura is currently a professor in the School of Public Policy and Global Affairs in the Faculty of Arts, where she was founding Director pro tem (2017-2019). She joined UBC as assistant professor in 1983, after receiving her Master of Landscape Architecture from the University of California, Berkeley. She was promoted to the rank of professor in 1995. Her academic and professional contributions have been recognized with several awards, including an honorary Doctor of Science from the University of Guelph, a Killam Teaching Prize, and Fellow of both the Canadian Society of Landscape Architects and the Council of Educators in Landscape Architecture.

During her tenure at UBC, Moura has held a number of other leadership positions at the university, including Dean of the Faculty of Land and Food Systems (1997-2005); Associate Vice-President, Academic Programs, UBC Okanagan (2004-2005); and Director of the Liu Institute for Global Issues (2014-2017). She has also served on numerous Faculty and University-wide committees, including the UBC Strategic Plan Steering Committee (Chair, 2017-2018), various search and review committees, and Vancouver Senate.

In 2005, Moura was seconded to the BC Ministry of Advanced Education as the Deputy Minister responsible for all of the post-secondary institutions as well as research and technology, a role she held until 2008, when she was appointed the BC Commissioner for the Pacific Coast Collaborative Commission, an initiative of the Premier of British Columbia and the Governors of Alaska, Washington, Oregon and California.

Moura returned to UBC with a professorial appointment in the Sauder School of Business, where she began to re-focus her scholarly and professional activities on strategic design as applied to business innovation. A further transition from a business focus to a policy focus provided the opportunity to apply strategic design to policy innovation. Her book, Designed Leadership, was published in 2017.

I wish to express my gratitude to Dr. Eric Eich for his outstanding service to the University as Vice-Provost and AVP Academic Affairs over the past five years. I would also like to thank the members of the President’s Advisory Committee for their time and commitment, and their counsel throughout the search process.

I look forward to working with Moura, as she brings her extensive administrative and leadership experience, her commitment to excellence in graduate and undergraduate education and transformative learning, and her collaborative nature to this role. Please join me in congratulating Moura on her appointment.